This action aims to encourage regular grassland management by offering the alternative for use of grassland biomass. Biobutanol made of biomass may largely be used by various customers and also provide socioeconomic benefits for local community and invest sustainable development.

Firstly, RTU  performed the laboratory tests of grass biomass treatment in order to find the optimum treatment technologies and conditions to obtain the maximum sugar yield in grass biomass samples for further production of biobutanol. The effect of biomass size on hydrolysis yields was evaluated in order to determine the optimal conditions for mechanical pre-treatment. Further evaluation of heat pre-treatment was performed to determine and recommend simple and energy effective technique.

The results showed that the highest sugar yields are obtained when the biomass is grinded into the powder. However, due to high energy consumption, it is acceptable to use biomass fractions below 0.5 cm which did not showed significantly different results in sugar yields when compared to powder grinded samples. Assessment of heat pre-treatment showed that it is enough to boil the biomass for 5 minutes to ensure effective neutralization of indigenous microflora.

The pilot facility for biobutanol production was adjusted for the needs of biobutanol production from grass biomass, construction was finalised and performance testing within each biomass treatment step was carried out by 31.03.2016. Pilot system for biobutanol production consists of the following main parts: mechanical milling system, heating/hydrolysis reactor, filtration system consisting of rough filters, ultra and nanofiltration units, bioreactor, foam separator, cooler, product condensate separator, and collector.
Since April 2016, the pilot facility is available for demonstration in the premises of Riga Technical University. 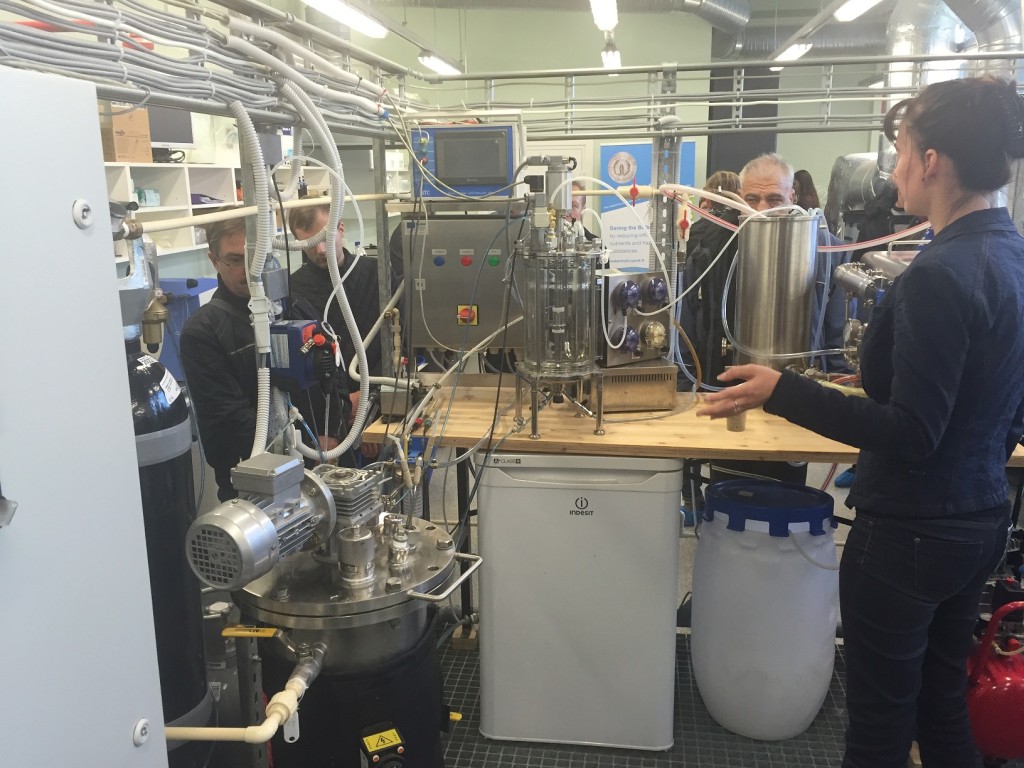