In the morning of October 10 pupils from Sigulda State Gymnasium participated in the interactive event – what to do with the grasslands in Sigulda district? After the intro presentation pupils were divided into the 4 thematic groups with the one task – to elaborate the sustainable plan about the use of 14 ha of restored grasslands near the river Gauja. Each of the group – farmers, country side tourism developers,  energy producers and innovators – after the tense brain storming presented their visions and ideas: establish the nature trail, recreation sites, to keep cattle, organize summer festival, develop innovation company. day after (on October 11) pupils visited the pilot facility for biogas production and pilot facility for biobutanol production. 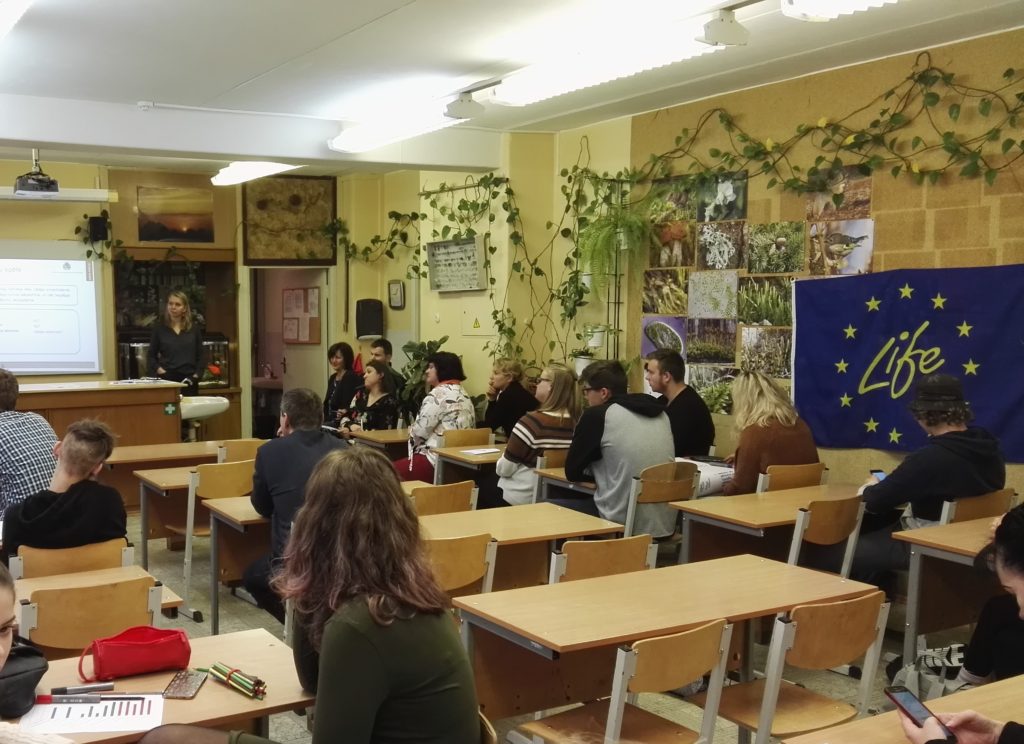